We Are Saved To Serve 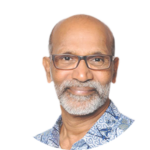 We Are Saved To Serve

Text:Ezra 5:1‭-‬2
Then the prophet Haggai and Zechariah the son of Iddo, prophets, prophesied to the Jews who were in Judah and Jerusalem, in the name of the God of Israel, who was over them. So Zerubbabel the son of Shealtiel and Jeshua the son of Jozadak rose up and began to build the house of God which is in Jerusalem; and the prophets of God were with them, helping them.

Brief Introduction As To What Happened To The Rebuilding of The Temple.

Haggai 1:3‭-‬5
Then the word of the Lord came by Haggai the prophet, saying, “ Is it time for you yourselves to dwell in your paneled houses, and this temple to lie in ruins?” Now therefore, thus says the Lord of hosts: “Consider your ways!

●Their Personal Affair were Affected.
Here comes the Wake up call.

Haggai 1:6‭-‬8
“You have sown much, and bring in little; You eat, but do not have enough; You drink, but you are not filled with drink; You clothe yourselves, but no one is warm; And he who earns wages, Earns wages to put into a bag with holes.” Thus says the Lord of hosts: “Consider your ways! Go up to the mountains and bring wood and build the temple, that I may take pleasure in it and be glorified,” says the Lord .

●The Fruit of Their Obedience

Ephesians 2:8‭-‬10
For by grace you have been saved through faith, and that not of yourselves; it is the gift of God, not of works, lest anyone should boast. For we are His workmanship, created in Christ Jesus for good works, which God prepared beforehand that we should walk in them.

Saved To Serve.
We are not just Spectators ,consumers or warmers or just Receivers or Side workers.

And they sang a new song, saying: “You are worthy to take the scroll, And to open its seals; For You were slain, And have redeemed us to God by Your blood Out of every tribe and tongue and people and nation, And have ●made us kings and priests to our God; And we shall reign on the earth.”

●WHAT HAPPENS WHEN WE’RE TOO BUSY TO to SERVE THE LORD?

We just Cancel the Promise of God in our LIFE . MATT 6:33.
●We will start running after the Favor of God, the Breakthrough of God and the Blessing of God.

★THE FIVE DYNAMIC ASPECTS OF YOUR CALLING.